SORRY, I’ve been away for a week and exceptionally idle about posting anything but I’m back and EVEN MORE EXCITINGLY, the new Tatler is out this week. It’s got the bee-a-utiful Talita von Furstenberg on the cover, a piece about the new dog rules which I made up (you must NOT have sex in front of your dog, for example), as well as something else about sex (are YOU a sex addict?), because it’s the law that every issue of Tatler must have at least 53 articles on the subject.

It also has a piece about negotiating, based on the fact that toffs are often useless negotiators who never want to seem demanding or impolite. We illustrated this by sticking me into a few momentous, 20th century negotiations. Such as me at the Geneva Summit in 1985 with Reagan and Gorbachev, and me in 1945 at the Potsdam Conference sorting things out for the Allies. See the below. And then go and buy the issue (out on Thursday) for even more lolz. 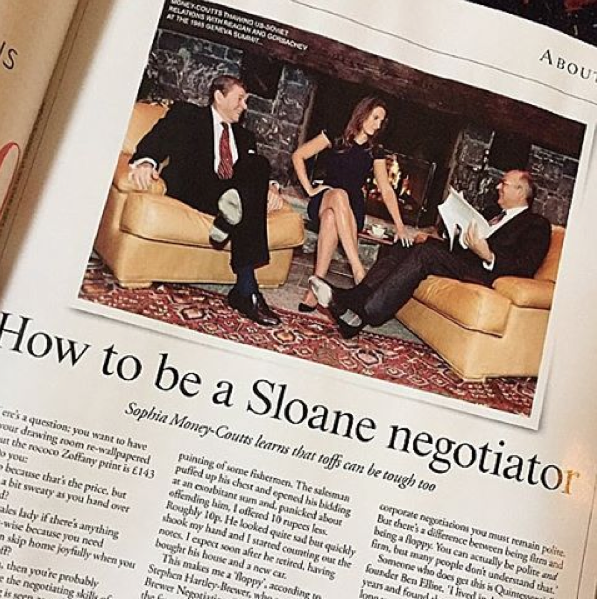 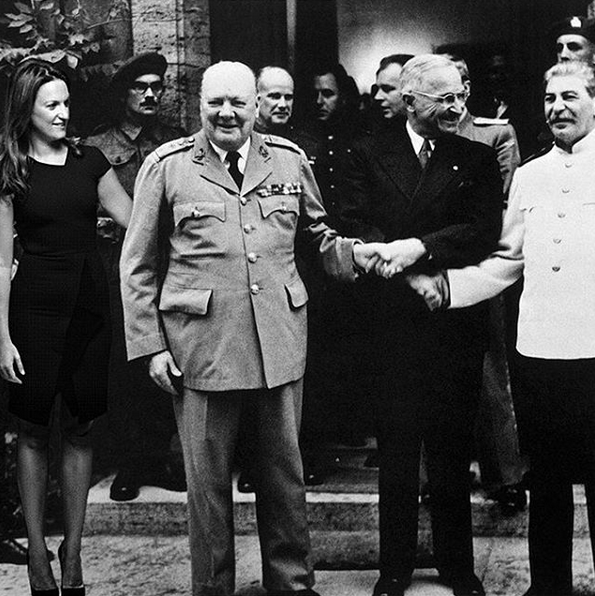