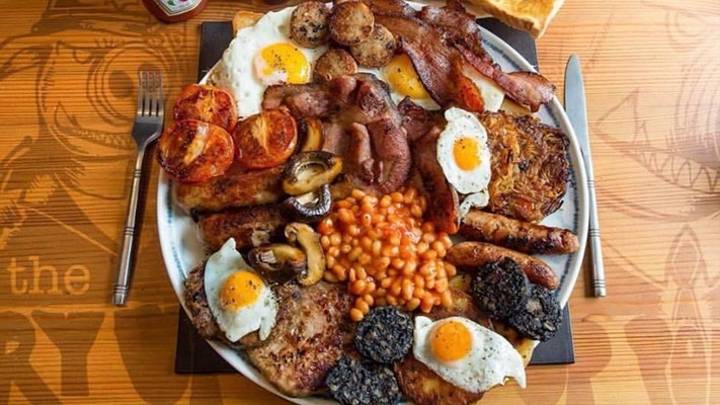 Essentially, how I just celebrated

AFTER ABOUT 30 HOURS BEHIND MY LAPTOP THIS WEEKEND I FINISHED MY BOOK EDITS THIS MORNING. For this round anyway, which is why am typing this back in bed, having just swallowed a celebratory all-day breakfast and diet coke in the cafe round the corner with my pals Sarah and Hugo. My brain feels so frazzled I keep starting sentences and forgetting what the end of them should be, so this is going to be short. Also I’m moving house the day after tomorrow and I STILL haven’t packed a single item so I need to get cracking with that. Click HERE for a piece I wrote for the Telegraph last week in defence of co-parenting. And yesterday’s Sun Tel column below… Standard column is back next Monday, just had today off.

What’s worse – dating or estate agents? It’s neck-and-neck for me at the moment. I’ve sold my flat in West London and am on the look-out for another place which means my phone pings every few seconds not, alas, with messages from admirers but from men called Jake (they’re all called Jake) who claim they’ve got exactly what I’m looking for.

This is almost never true. I meet Jake – pointy shoes, very thin tie, questionable haircut – outside the house we’re viewing. At a couple of them, I’ve been surprised not to see police tape fluttering across the front door. Stepping inside is like falling into a very old yoghurt pot – clouds of mould growing up every wall and an off-putting smell. ‘Terrific space,’ isn’t it, Jake will say confidently behind me while I peer into a bedroom. I say bedroom; it would only work as one if a member of your family is very small indeed. Perhaps the guinea pig or the hamster. The bathroom is avocado. ‘And it’s so close to public transport,’ he’ll add, although I’ve arrived at said property via a compass with a half-eaten bar of Kendal mint cake in my bag.

Undeterred, Jake will ring, text and email afterwards demanding to know what I thought. It’s the kind of determined attention a single girl dreams of, if what I wanted in a man was aftershave so strong it constricts my throat and the motoring panache of a getaway driver. Do I want to put a ‘cheeky offer in’, one of them asked this week. ‘Jake,’ I wanted to reply, ‘The only thing that’s cheeky is you, I have met skirting boards with more charisma. Please find a proper barber.’ But I don’t, of course, because I need these Jakes more than they need me.

The property market in London is coming out of the doldrums, invigorated by the election, by movement on Brexit, by the fact that so many of us have been sitting, squatting, waiting for the right moment. Two Saturdays ago, Knight Frank reported their ‘busiest ever’ day for viewings. ‘We had 931 sealed bids last week,’ another Jake insisted, ‘and a house that went for eighty bajillion pounds over its asking price.’ It was something like that anyway, I’ve stopped listening.

‘When did this come on the market?’ I asked a different one last week, as I stepped over a large floorboard stain that could have been damp or blood. His eyes, briefly, formed perfect circles of panic before he composed himself. ‘Three days ago,’ he promised. I checked online afterwards and it’s been on for five months.

Twas ever thus, you might think. But I assumed, having been through this process a couple of times before, that I’d be inured to it, less exasperated by the playboy swaggering as they lock up their VW Golf and saunter towards me before announcing they’ve brought the wrong keys. The other trouble is these Jakes have had several years of downtime and now things are on the move again they’re cock-a-hoop, like teenage boys let loose in Magaluf after a long spell at boarding school.

‘Darling, it could be worse,’ my mother counselled this week, ‘you could actually be dating an estate agent.’ Although I’m not sure we should be too supercilious because it may still come to that.

The idea to ban talk about sport in offices is preposterous, obviously. It’s been proposed by Anne Francke, CEO of the Chartered Management Institute, on the basis such chat leads to laddish behaviour and excludes women. I was initially furious about this. What outrageous pandering to the mad whims of this age! But then I realised Anne is American and it all became clear. My God, have you ever had to listen to chat about American football or, worse, sit through a game? They’re three hours long and the rules are unintelligible. I have an American ex who was obsessed with it so I quite understand Anne’s horror. Perhaps what we should do is come up with a list of sports that are acceptable to discuss in the office (tennis? The cricket, but only when we’re winning? Racing?), plus a list that’s entirely unacceptable (American football, British football, any kind of football, golf, darts and so on). I’m very in favour of that.

What’s for dinner, sweetheart? Oh, just a pheasant lasagne I knocked up this afternoon. Alternatively, there’s pheasant con carne, crispy pheasant pancakes or pheasant bolognaise. Delicious, no? They’re ready meals which an enterprising lady from Yorkshire has started flogging online. Sophie Bagley is a surveyor who hates the waste from local shoots, so drives around picking up unwanted birds, sometimes plucking 100 a day, and transforms them in her kitchen. It always enrages me that pheasant suffers from inverted snobbery when it’s such a healthy, lean form of protein. This is the sort of business that my grandmother, who used to tear around the Scottish borders in her Fiat Panda picking up roadkill for the pot, would very much have approved of. You can buy them from Sophie’s website (www.gloriousgameltd.co.uk) and we should support her.