An evening with this chap

I know nothing about the ballet. I am still one of those people who slightly sniggers at the men’s lunchboxes. They can’t be real. 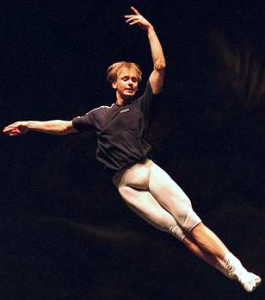 Anyway, a kindly friend gave my sister and me tickets for an ‘Insight’ evening at the Royal Opera House, which featured Cuban megastar Carlos Acosta chatting about his production of Don Quixote. I didn’t know he was choreographing this. I didn’t know much about him tbh. All I knew was that he supposedly once went out with Naomi Campbell. I didn’t know that Don Quixote was a ballet either. I just thought he was a fictional Spanish chap with a big hat. Suffice to say, I shall now refer to it as ‘Don Q’ as all the professionals did last night.

Whatever. The ‘insight’ was ace. Lovely, handsome, energetic Carlos put his two principal dancers through their paces. I stopped staring at the male lead’s lunchbox and then the conductor, Martin Yates, talked about the score. And it turns out Don Q is a bloody brilliant tale, sort of like a Spanish Robin Hood.

Also, the first thing I did on the bus home, genuinely, was google ‘Carlos Acosta wife’.  Turns out he has one and a little daughter. So that’s out as an option. But at least I’ve learned a bit more about the ballet.