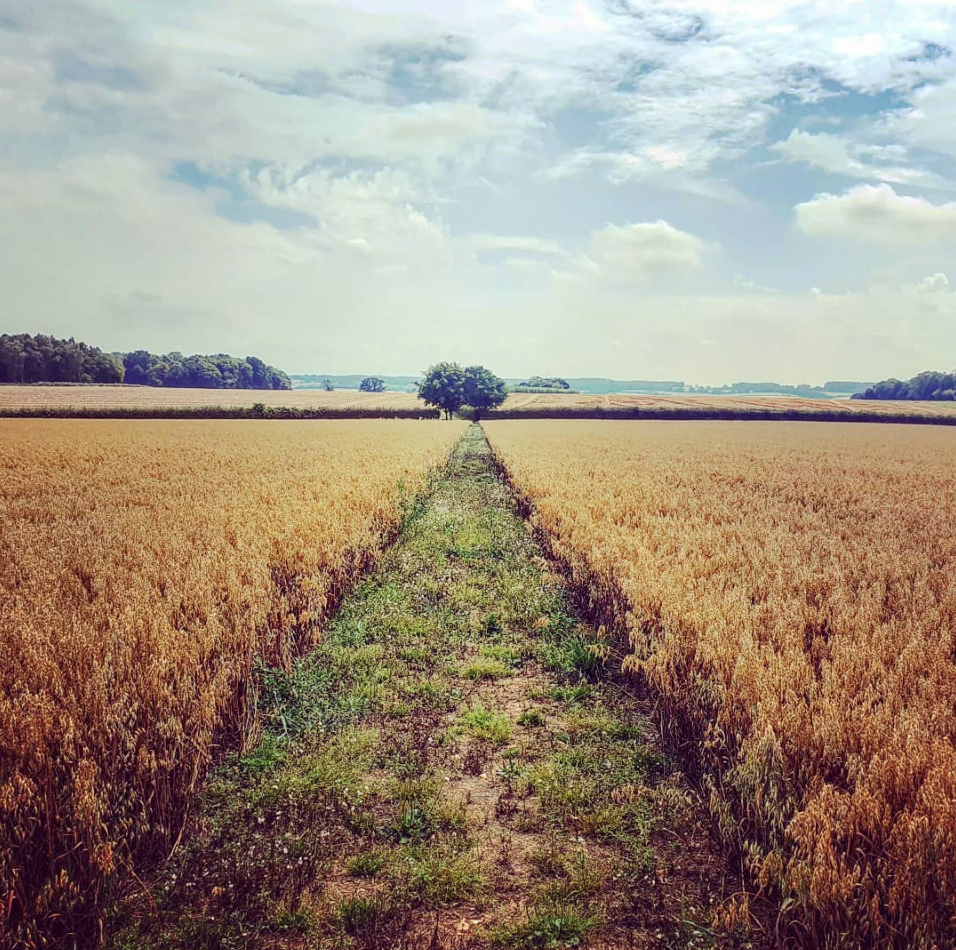 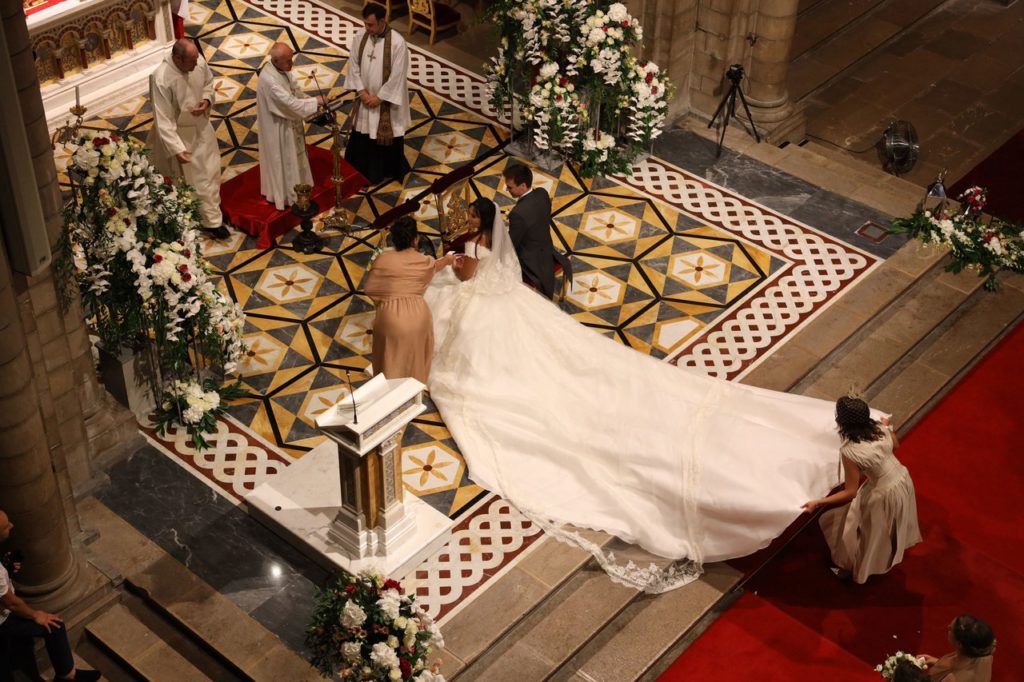 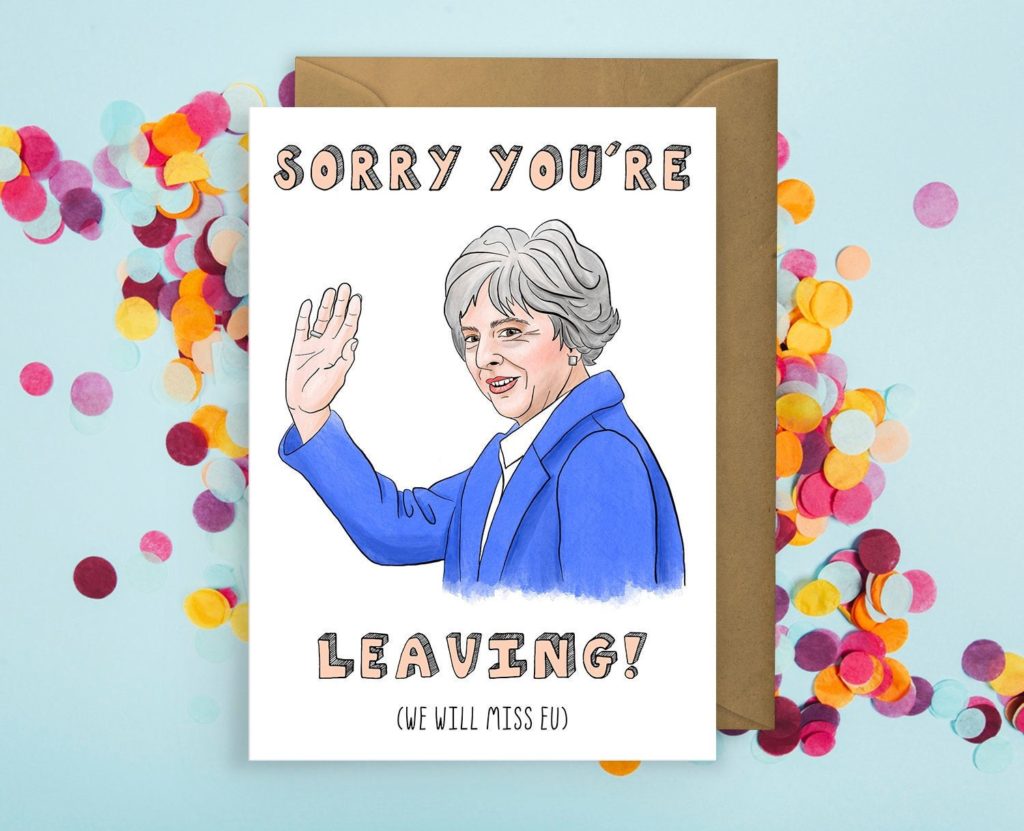 Hello from Hampshire. Or as they say down here, hello! Lord, five days on my own and this is the sort of material I come up with.

I realised I had a few days in the diary when I could escape from London and properly crack on with book three so that is what I’ve been doing. That and walking, anyway. Amazing amazing time for walking in the country – some fields combined and brought in, some waiting. I’ve seen very fat lambs, barn owls, partridges, what I thought were small ponies and turned out to be goats and I have apparently also become the sort of person who crouches down very slowly and tries to take photographs of butterflies. I went to Winchester Cathedral yesterday and wept on the grave of Jane Austen. I have watched When They See Us and The Great Hack on Netflix, both recommended. I have eaten 278 pieces of toast to keep me going and, as a special treat, have allowed myself a Seedlip and slimline tonic every evening since I tend not to drink when I’m on these self-imposed writing trips. It can make one a bit bleak. Lord knows how Orwell did it when he was on Jura writing 1984.

Anyway, last weekend’s Sun Tel column below and you can read my Evening Standard one from Monday HERE. Also, What Happens Now? is out TWO WEEKS TODAY. So I’d just like to remind you that you should really have pre-ordered it by now but if not HERE is the link, yet again.

When did you last send a postcard? You are an upstanding Sunday Telegraph reader so it was probably last week on a golfing holiday in the Algarve. But I can’t remember the last time I scribbled ‘Very burned and have eaten too much’ on the back of a card and, five days later, remembered to stick it into a foreign postbox.

The reason for asking is I was recently invited to take part in a podcast called Postcard from the Past, a show which asks its guests to sift through their old postcards and bring two into the studio to discuss. In preparation, I spent some happy hours looking through a box of mine which smelled of dust and memories. For how much more evocative are the details of a postcard than an old photo. You may vaguely remember the picture of the front of a sunset, a mountain or an animal in a hat. The familiar handwriting on the back makes you smile, especially if the sender is no longer around. Even the address at which it was sent to you can provoke an emotion, good or bad.

On Christmas Day in 1995, Dad sent me a postcard of Luxor Temple from Egypt, where he was on honeymoon with my step-mother. ‘Happy Christmas. My beard is a huge joke and looks ghastly,’ he wrote, having decided that honeymoon was the perfect moment to try a natty new look. On the back of a card sent to me at boarding school during a visit to York, my little brother detailed his breakfast in small, wobbly letters: ‘This morning we had bacon, eggs, fried bread toast and black pudding – YUK!’

My much-loved, much-missed grandmother’s tended to be more educational. ‘Darling Soph, do you remember you drew hands with me one day?’ she wrote in a card sent from Florence. ‘This is a study of hands by one of the greatest artists who lived, Leonardo da Vinci, an Italian who lived in the 15th century (before Henry VIII)’. In the same way that you hear a forgotten song or catch a whiff of someone’s scent and are snatched back in time, these cards evoke very specific snippets of life. It made me quite tearful.

The podcast was launched by a man called Tom who works in advertising by day but, a few years ago, started uploading the odd card on Twitter. ‘Not for their collectable beauty but simply because I had one or two knocking about the house and the messages intrigued me,’ he says. It developed from there and Tom started collecting postcards wherever he could find them (he now has over 50,000 in his garage), uploading them with a few lines from the back. In one of a Cambridge church, the sender says ‘I was sorry to hear of Elvis’s death as I know you liked him very much. Hope you haven’t forgotten to water my plants.’ ‘Jackie got stung by a wasp didn’t we know it,’ says someone else in a card illustrated by scenes from Weymouth.

They’re cheerful snapshots and I can’t recommend the Twitter account or Tom’s accompanying book enough. It’s also made me more determined to send postcards again. In 2017, Britain’s oldest postcard publisher closed because holiday pictures texted via WhatsApp or uploaded on to social media had driven it out of business. But I’d much rather have a card of the Cornish coastline – caption simply ‘no tea cosies in our guest house at all’ – than see yet another infinity pool on Instagram.

One wedding dress just won’t do anymore. Apparently Kate Middleton, Meghan Markle and Princess Eugenie have started a competition by all having two. But last weekend, as if Royal brides across Europe are locked in some sort of arms race (is the wedding dress today’s dreadnought?), Prince Louis of Monaco’s bride wore three different outfits for her celebrations – two dresses and a jumpsuit. As an embittered wedding veteran, I’ve observed this fad in the past few years and can explain that it’s partly one-upmanship (‘if she had more than one dress, I want two too’), but mainly for the Instagram likes. Weddings have become the big moment for [some] brides to show off online and the more pictures you can squeeze from them the better, which means more than one dress so you don’t look the same in each shot. Romantic, no?

The leaving present is one of those faintly tiresome office rituals. First, the whip-round to try and get everyone to cough up, then the internal battle at your desk over whether you can slip a couple of coins in there, or if that’s too mean and it has to be a note? If coins win, try and slide them into the envelope quietly. Next, the delegating of who has to buy the present, and what it should be – something meaningful which says ‘we’ll miss you but probably forget you worked here within the week.’ I’ve previously been given gift vouchers and a mug but can report the place to work if you expect more is Downing Street, since Theresa May’s presents included a handbag and a necklace worth £1500. That envelope must have been very bulging indeed. Hardly any coins at all.