Just hanging out with this guy

So this happened on Thursday night. It’s not me, it’s my sister. I was actually lying in bed reading a book review about heads in the Spectator. Genuinely, there is a fascinating new book out called Severed: A History of Heads Lost and Heads Found by an anthropologist called Frances Larson. Did you know that, between the 14th and 17th centuries, there was always a chap with the title Keeper of the Heads who lived in a gatehouse near London Bridge? His job, basically, was to arrange fresh heads of traitors on sticks on the bridge, and chuck old rotting ones into the river. What a job. And yet I would STILL rather be Keeper of the Heads than work in the insect house at London Zoo.

Anyway, my sister was in the green room, backstage at the filming of this week’s Graham Norton and hanging out with One Direction. I was a bit sad not to be there, but I’m not sure if One Direction are into stories about medieval London. So perhaps it was for the best. 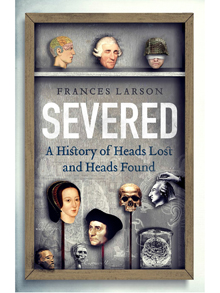 « Another day, another sodding castle
I go a bit serious on Scotland »