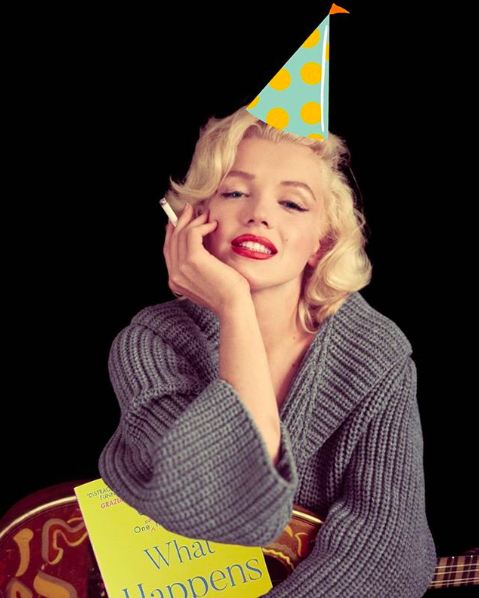 That’s ‘live’ as in ‘hive’, not ‘live’ as in ‘give.’ Live on Twitter? You’re off your head. I’m on there several hours a day atm anyway and that is already too much.

So live as in hive on there tomorrow night (April 16th) to celebrate the launch of What Happens Now? in paperback. It’s a virtual party from 7pm. All welcome. Click HERE to find me. (Alternatively, it’s www.twitter.com/sophiamcoutts). There’ll be wine, crisps, a couple of readings, potentially an interview with my little nieces and so on. Essentially it’ll be an hour (there or thereabouts) of me wittering away, hopefully not doing anything too embarrassing. I have this awful habit of mispronouncing my words after just ONE glass of wine so it could disastrous. Especially since I’ve got a separate 5pm drink on Zoom with my agent and publishing team tomorrow, so am starting on the bottle a whole two hours before the party even kicks off. Ah well. Tonight, especially for you, I’m going to have a stab at trimming my fringe with a pair of nail scissors. If I appear tomorrow wearing an eye patch, you know why.

« Sun Tel col on getting in trouble, although not with the police.
The Dishwasher Diaries: an update from Crystal Palace »