Made in Chelsea blog, THE LAST ONE 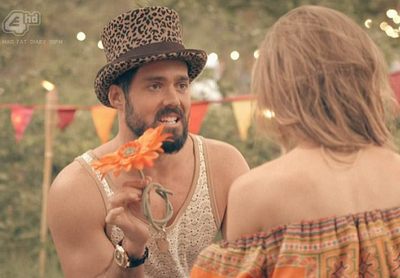 Pillock: the Mad Hatter of Chelsea

Guys, there’s been a technical error for which I’m a bit sorry (although not *that* sorry). Basically, I’m kicking about the South of France on holiday YET AGAIN. And although there is Sky in this house, someone – let’s call her Sofie to be French – went out for dinner last night and forgot to press record on the Made in Chelsea finale. Sofie then drank 45 caraffes of rosé and soldiered her way through an entrecôte steak the size of a newborn baby before skipping home through the cobbled, Provencal streets and going to bed.

This moronic Sofie character then woke up this morning and remembered that she needed to watch the MIC finale, and tried all sorts of ways to make it work on the TV, on her phone and on her laptop, before deciding that life’s too short, basically, to be cursing the internet bandwidth of an idyllic little French village. She had better things to do, such as eating a dozen buttery croissants for breakfast and sloping back to the pool.

Like all dedicated TV reviewers, however, Sofie has done a bit of cursory Googling and read what other people said about the show. And here are a few thoughts:

1. Apparently the episode’s ‘climax’ was Spencer presenting Lauren with a key to his flat. Well, forgive me, but my dishwasher has more exciting climaxes than that. Worse still, Lauren appears to have been won over by this key. She is perhaps even thicker than Sofie, if such a thing is possible.

2. Does Lauren even want to live with someone who wears leopard-print hats like that?

3. The cast are going to LA. I am surprised by this, given how terrifically appalling last year’s New York special was. But as I know a few of them are desperately trying to make it into acting (!), maybe this is their big shot. One thing, though: if I ever have to sit through anything called Made in Chelsea: The Movie, I will leave Earth.

4. Sofie and I are not all sure about Sam getting a tattoo of Tiffany’s initials – TW – on his arm. I am very sad I missed the bit where Mark-Francis pointed out these are the first two letters of the word ‘twat.’ That is easily the best joke of the entire series.

6. Alex told Nicola that he doesn’t want to live with her, after she’s just left Ireland to do exactly that. Nicola called this ‘a dick move.’ I am now both sick of hearing about Alex’s dick AND seeing pictures of it. No more, please. Alex apparently also told Spencer that he was a ‘recovering fanny addict.’ Takes one to know one, Alex. I don’t suppose your fingers smell like roses either.

On which happy note, au revoir! Sofie and I are sorry (sort of) for our casual attitude towards the season nine finale. You are now all free to go and enjoy your Monday evenings again, unhampered by having to sit through an hour of this bilge every week – although see you back here for the LA ‘special’. Unless I’m on holiday, that is…