On wine (and porridge) 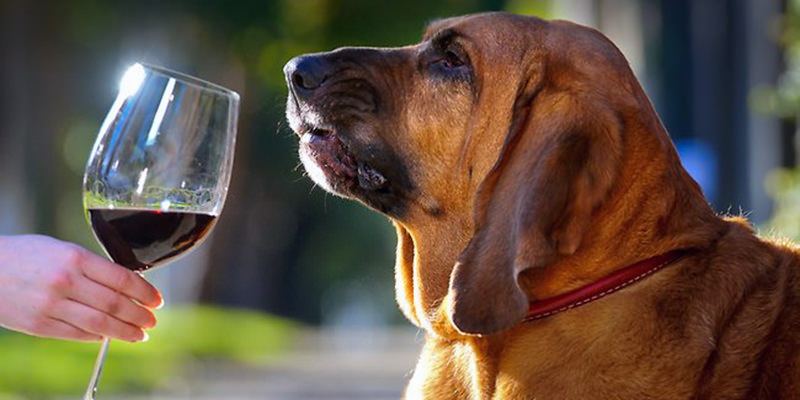 You got any Seedlip? (I'm sorry for the paucity of this joke but there are some truly awful wine memes out there.)

A Tel col about wine below. I’m still in Norfolk writing the new book. I don’t let myself drink during the week while am in book mode, only on the weekends, and the upshot is that I tend to be in the local pub at 5.59pm on a Friday. I’d bowled through two glasses of red wine last Friday before I asked what measures they served them in and realised I’d drunk not far off a bottle by myself. Then I realised I’d left my phone at home and didn’t have a torch, which resulted in a fairly merry stagger back in the dark. What a moron.

Oh also I mention Charles Moore below and it just so happens I’m talking at the Petworth Literary festival next week (Oct 30th) on the same day as him. Charles, I know, is sold out. There are more tickets left for me! Fairly different subject matter: I’ll be talking about my new book, Tatler and spurgling, he’ll be talking about Thatcher. Still, a fun day out if you fancy it…

How much do you spend on a bottle of wine? This week, front-page headlines trumpeted that one in three of us won’t pay more than a fiver. Given that tax and duty amounts to around £3 per bottle and you’ve got to lump on a bit for the bottle itself, the packaging and so on, that means you’re only allowing a few pence for the wine. I humbly suggest you’d be better off forking out for a mojito in a can from M&S.

Wine snobbery is very boring. But taking a bottle that cost £5 to a pal’s for supper is a tiny bit cheap. Sorry. It is. I’ve conducted one of my highly scientific polls among my mates and the verdict is you should fork out around a tenner. Spend £10 and you should get a bottle with a posh label that looks more like a £20 job. That’s my tactic. I live 100m from an excellent independent wine shop run by a man called Malek and step into his shop as often as I visit my Co-Op. If I’m going out for supper, I grab a bottle for the stipulated tenner and ask Malek to wrap it in tissue. Bringing a bottle in tissue is dead posh. Bringing a bottle in a sparkly wine bag is not.

A few other rules. I’ve noticed the bottle count increase as my friends and I get older. Thirsty friends often bring two bottles over which isn’t wholly necessary if it’s a bowl-of-pasta-on-a-Tuesday sort of evening, but it does mean you can squirrel one away. Curious, isn’t it, that if you take a decent bottle to someone else’s house and they hide it, you will narrow your eyes at them and curse all their descendants, but the practice is weirdly acceptable in your own home.

Re-circulating surplus bottles is fine, especially if it’s something dubious from Austria, but be careful not to come a cropper like my friend Phil. ‘We went through a period of high DP [dinner party] intensity some years back to the point where we were very much in profit, wine-wise,’ he explains. ‘To avoid the awful possibility of returning a bottle to the original gifter, I would write the giver’s name carefully and unobtrusively on the label. Awkwardly, I took two bottles to a smart dinner party only to find that both donors were seated round the same table. I might have got away with it had someone not spotted their own name as they poured.’ Fortunately, Phil had a baby soon afterwards and hasn’t been to a DP since.

At a recent lunch, my step-brother suddenly asked over the table ‘Can I open my rosé because it’s much nicer,’ but this is a bold play I suggest you can only pull off within your own family. Harry is prone to discussing wine which is a mistake. Unless you’ve got Robert Parker for dinner, the rest of us don’t care about the grape. A simple ‘this is delicious’ will suffice.

Finally, beware the rise of the ‘Vivino git’. Vivino is an app which allows you to scan the label of a bottle to learn everything about it, including its price. A friend tells me that they recently went to a dinner where one man produced this app and started scanning every bottle on the table, ‘clearly to hammer home the point that he’d spent a month’s rent on a bottle of Chablis.’ This is very bad form on his part but could also be quite embarrassing if you’re one of those who’s shelled out a fiver. Just a friendly warning.

A couple of years back, I interviewed a very successful casting agent and we talked of the trouble with ‘period face’; that is, casting people in period dramas who had suitable period features, with the right nose and hauteur, instead of looking like someone you’d stand behind in the queue at Sainsbury’s. My family now shriek at the telly whenever there’s a new period drama and someone who looks like a Kardashian wanders onscreen – ‘Urgh, they haven’t got a period face,’ we say (you must come over, it’s a scream). This week, Charles Moore doubled down on his assertion that Olivia Colman has a left-wing face, insisting that there’s also a conservative face, a right-wing face, a soft-liberal face and so on. I agree. I can’t tell you the number of dukes I’ve interviewed with the jowls of a bloodhound. Aristocrat face, we could call that. I love Olivia Colman and she’ll play a magnificent queen, but on faces, I don’t think Charles is wrong.

How’s your spurtle technique? It’s all in the wrist, apparently. I’d never heard of the tool until this week when I discovered, via Radio 4, that the World Porridge Making Championship takes place in the Highlands every year. I’m a huge fan of a niche food festival (the World Marmalade Awards, for example), and the porridge party looks like an absolute hooley. A bagpipe band marches everyone into the village hall in the morning, there are porridge cooking sessions, porridge tastings, porridge gin and the eventual victor is awarded ‘the Golden Spurtle.’ It’s a device you use to stir your porridge to stop lumps forming, shaped like a recorder. As one who’s starting to tire of TV dramas that involve murders and missing children, and barely a day goes by without another headline about a new show that Netflix has commissioned, could someone nip up to Scotland make a documentary about this competition? ‘Spurtles at Dawn’. I’d watch that.