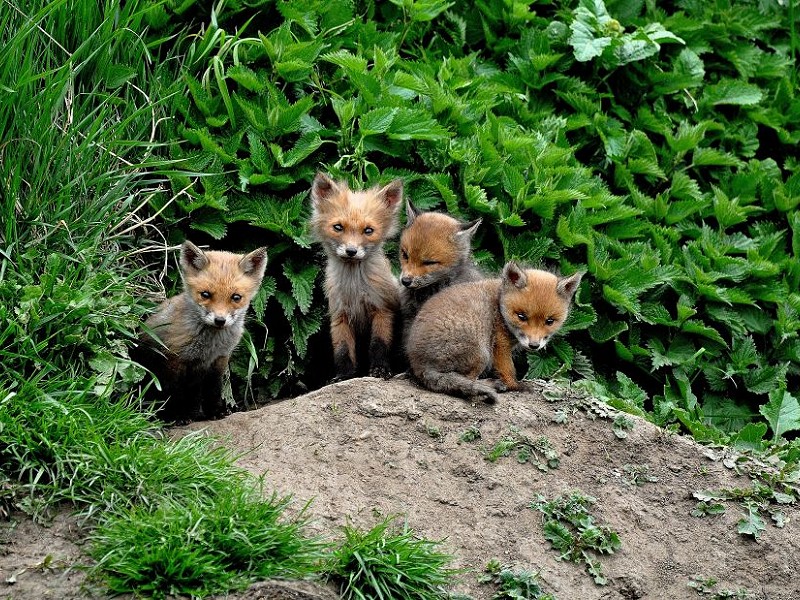 *Not the actual fox cubs but this picture is better than my pathetic attempts.

*Not the actual fox cubs but this picture is better than my pathetic attempts.

Wrote a column about crapping in public parks on Friday jussssssst before the new editor of the Standard was announced. So who knows how long I’ll survive there but HERE it is. And Sun Tel col about being burgled below…

I’m sorry to say it’s been a dramatic week here in Crystal Palace: we had a break-in. It was my sister who made the discovery; coming downstairs on Tuesday morning, she found the kitchen door to the garden ajar, a packet of popcorn stolen from the larder and scattered across the grass, and the laces of her trainers shredded. Turns out we’d been burgled by the litter of fox cubs who currently play on the lawn at around 7am every day. (This was my brother-in-law’s fault since, after a judicial enquiry, we deduced he’d left the door unlocked.)

They’ve become an increasing menace, this fox family. A couple of weeks ago, I’d come downstairs to make a cup of tea and watch quietly while they gambolled about. The poor vixen has not had a good lockdown; she looks as mangy as the rest of us, has a dodgy back leg and five rowdy children to contend with. Why not leave her in peace while her cubs jumped on one another? I took wobbly footage on my phone and felt like Attenborough. But then they started leaving little presents beside my nieces’ climbing frame and bit holes through the paddling pool. My sister escalated the threat level by ordering fox repellent on Amazon.

There’ve been alarmist headlines in recent weeks warning against ‘giant, 18-inch rats’ making for the suburbs around the country since restaurants are closed and cities relatively deserted. Over half of all British pest control companies have reported a spike in activity since lockdown started. As if the situation wasn’t grim enough already, it’s been reported that the rats are engaged in turf wars, gathering ‘in colonies’ and apparently have even started eating one another. But I haven’t seen a single cannibal rat loitering down our way while the streets pong of fox. A posh friend agrees. ‘There was a fox in my Waitrose!’ she texted this week, after I sent her my Attenborough footage. And she lives in Kensington, so that’s an extremely cocky fox indeed.

When foxes are strolling the aisles of Waitrose, we’re in serious trouble. Are we facing a Planet of the Apes-style takeover? Has this whole virus drama, in fact, been cooked up by the foxes so they can stealthily claim their spot at the top of the food chain? By this point in 2020, it wouldn’t even surprise me.

Back in Crystal Palace, the repellent did absolutely nothing, obviously, so the fox family continue to saunter about the garden and driveway as if they’re Airbnb guests resisting attempts at eviction. My sister’s replaced a section of the garden fence but they’ve dug underneath it; a friendly builder has told her the only way to deal with them is with a gun. I’m torn by this. Having grown up in the country I appreciate they’re pests but, also, you really should see my video clips because there’s an awfully sweet bit where one of the cubs leaps on a sibling and they roll around like characters in a Disney cartoon.

Still, I suspect the answer is coming our way soon in the shape of a small cocker spaniel puppy. My sister’s finally found one, the name’s been approved by the nieces and she’ll be arriving from Lincolnshire shortly. ‘Noodle’, I grant you, doesn’t sound like the most menacing of guard dogs but we have high hopes for her.

Félicitations to the French chap who’s been awarded a £36,000 pay-out on the basis his former job was so tedious it ‘drove him to depression’ and he suffered ‘bore-out’ (as opposed to ‘burn-out’). Frederic Desnard claimed the perfume company never gave him anything interesting to do and, after four years, this made him very sad. Frederic, mon ami, I had it much worse as a junior reporter. When I was starting out, I was made to undergo and write about Madonna’s work-out regime (three hours of cardio a day), I drank a foul mixture of maple syrup and lemon juice for five days to test the diet’s efficacy and I once had to ring Lady Antonia Fraser and ask if she’d write a piece about being a woman with large feet. The perfume company simply can’t have been more humiliating than that.

I read with intrigue about Justin Bieber’s £1m caravan this week. As British caravan stockists sell out and Auto Trader reports that viewing of their caravan ads are up 18 per cent, might this finally be the sort of vehicle I could fathom taking for a little trip to the seaside? ‘It has underfloor heating, an indoor sauna and THREE flatscreen TVs,’ screamed the excited article about the big bus which the pop star’s currently cruising around Utah. Alright, technically Bieber’s is what Americans call an ‘RV’ (recreational vehicle), but if it’s a bed on wheels it’s a caravan to me. Then I saw the pictures – walnut veneer everywhere, dodgy LED lighting overhead and horrid, plasticky sofas. Not for me, thank you very much, I’m very happy to stay at home this summer with my friend Noodle.