Quite a long drive and my column 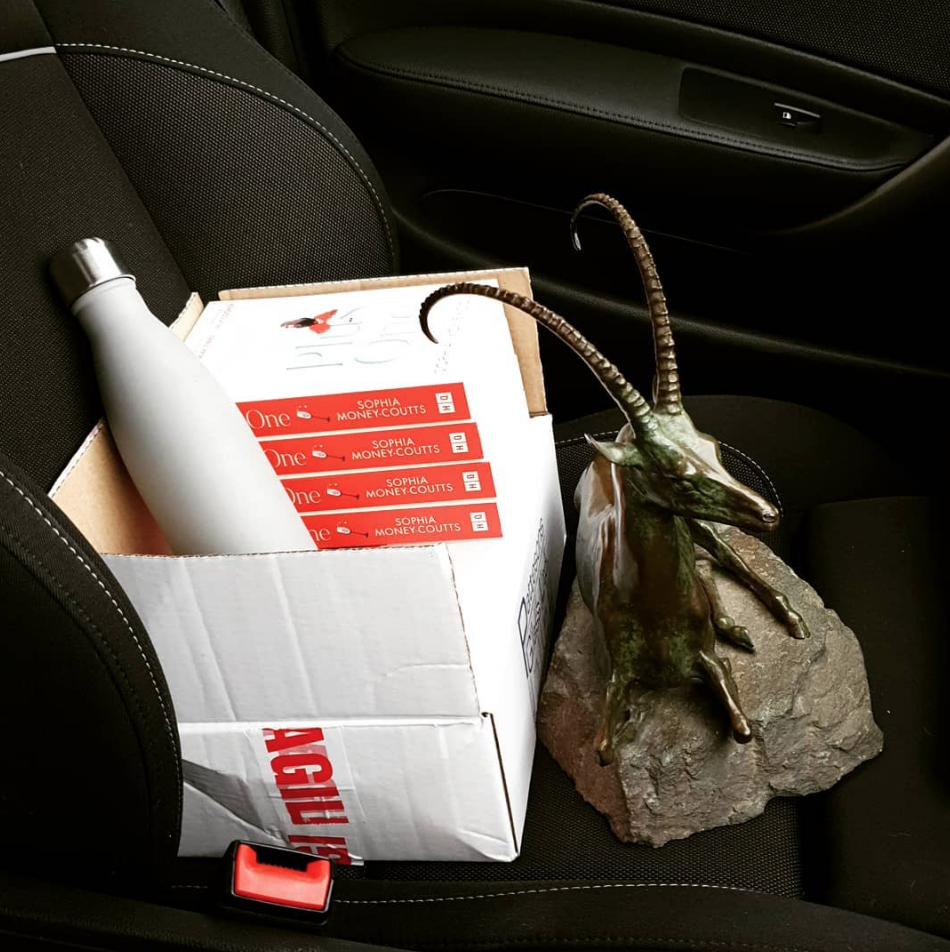 Hola from northern Spain. I drove here last weekend, a two-day trip from W12 to Catalunya where my dad and step-mother live. I wanted to do it as an adventure and so I can bring wine and olive oil back to London when I drive back again in a couple of weeks via Ile de Re and Deauville. And it was an adventure but cor there are boring bits of France. It’s not all pretty chateaus and men with strings of garlic over their shoulders, you know. I also got q bored of my Spotify playlists, so then I did a bit of Michelle Obama’s biography, then tired of that so went on to an old David Sedaris audiobook instead. Then went back through my teenage music – Eminem, Blink-182, the Goo Goo Dolls – so I could sing along and stay awake.

Anyway, now I’m here in Spain and trying not to get into the car again, so mostly spending my days writing, reading and eating. Will paste my column from last Sunday’s column below…

It was my neighbour Hugo who started the whole thing. ‘The vicar is in the coffee shop,’ he texted me last week, ‘such a hunk.’

Hugo’s wife Sarah, also on our WhatsApp group, swiftly followed up with another couple of messages on the subject. ‘Smoking,’ she wrote admiringly of the vicar. ‘Soph, he’s worth a crack.’

As it happens, I was on my way to the coffee shop which is where I found Hugo gazing over the top of his laptop at a man sitting alone at another table. ‘That’s him,’ he said, helpfully assisting me by nodding at the dog collar.

Hugo, a married father of two, has long taken a keen and benevolent interest in my love life and it transpired over the course of our whispered conversation that he’d overheard local mothers discussing the vicar in the playground and decided I ‘should have a go.’

I rolled my eyes and sat down at my own table. I couldn’t talk to Hugo all morning, I needed to finish writing an article. Although I couldn’t help but notice that the vicar was indeed handsome and snickered quietly to myself about the parallels between this and Fleabag. I imagine Sunday Telegraph readers prefer the opera to telly, so in case you missed it, this is the hit sitcom which recently charted the electric relationship between a 30-something and a hot priest. Could life imitate art, I wondered, staring at the vicar’s leather laptop bag.

The trouble is I’m hopeless at flirting. Always have been. I can spot a soup spoon at 50 paces but ask me to behave seductively and the result is something so embarrassing it should be a Royal Variety act. At boarding school, I learned about flirting by reading Cosmopolitan which advised brushing the other person lightly with your hand, flicking your hair and attracting attention to your mouth by biting your lips or licking them. It seemed as complicated as juggling plates – did one have to be ambidextrous to flirt?

The beginnings of all my relationships have therefore been heavily text-message based, because I genuinely believe it’s safer to win them over with written-down jokes before they meet me in person. Some women seem to be able to make a man fall in love with them with a single bat of their eyelashes. The rest of us, well, we do what we can with our hair and hope for the best.

Out of curiosity, while still in the coffee shop, I went online and found a more recent article about flirting techniques on the Cosmopolitan website. It was the same old nonsense. ‘Project confidence by speaking from your stomach,’ they advised. Huh? Then there was the old ‘make eye contact and then look away’ chestnut, which has always seemed terrifically creepy to me. Also, ‘ask questions.’

While mulling over possible questions for the vicar – what time is the service on Sunday? What’s your favourite hymn? – my phone lit up. It was from Hugo, still sitting five metres away.

‘Speak to him,’ Hugo urged. ‘And can you ask if he’ll christen Molly?’

Molly is Hugo’s six-month-old, but as I was rehearsing the sentence in my head, debating whether it was appropriate, the vicar stood up, slung his laptop bag over his shoulder and left.

Hugo glared at me from his table like a disappointed parent but later texted to say that he’d been back to the playground and apparently the vicar was already married, so that’s another man safe from my stuttering advances. If readers have any flirting tips, feel free to share them.

At a drinks party in Sussex last weekend, a septuagenarian family friend kept introducing my sister and me to others using our full names. It sounds odd to younger ears. I only ever introduce myself as ‘Sophia’, partly because we haven’t got all night, but also because doing otherwise makes me feel pretentious, as if I’m in an Edith Wharton novel, and my surname seems irrelevant. Every now and then, however, I introduce myself only to be hit with the swift reply, ‘Yes but Sophia who?’ It’s largely a generational divide, but can’t decide who is more properly behaved in such situations – those who demand to know full names, or those who think first name introductions are perfectly alright?

As mentioned above, I watched and loved Fleabag. I’m currently into Line of Duty (although I have to pause it five times an episode to work out what’s just happened), but I’ve never seen Game of Thrones and wouldn’t be that sad if I never saw another headline about it. TV is clearly brilliant these days and we’re jolly lucky to have so much choice, but I fear there’s too much on and I’m developing telly fatigue, tiring of our collective, frothing obsession over the latest show. Someone on Twitter recently declared that Fleabag writer Phoebe Waller Bridge was such a towering hero we should all go to the airport and greet her like an Olympic medalist when she returns from her spell in New York. Enough. How about we all calm down and read a sensible book instead?