Thing I Should Have Put Up Weeks Ago: Part One 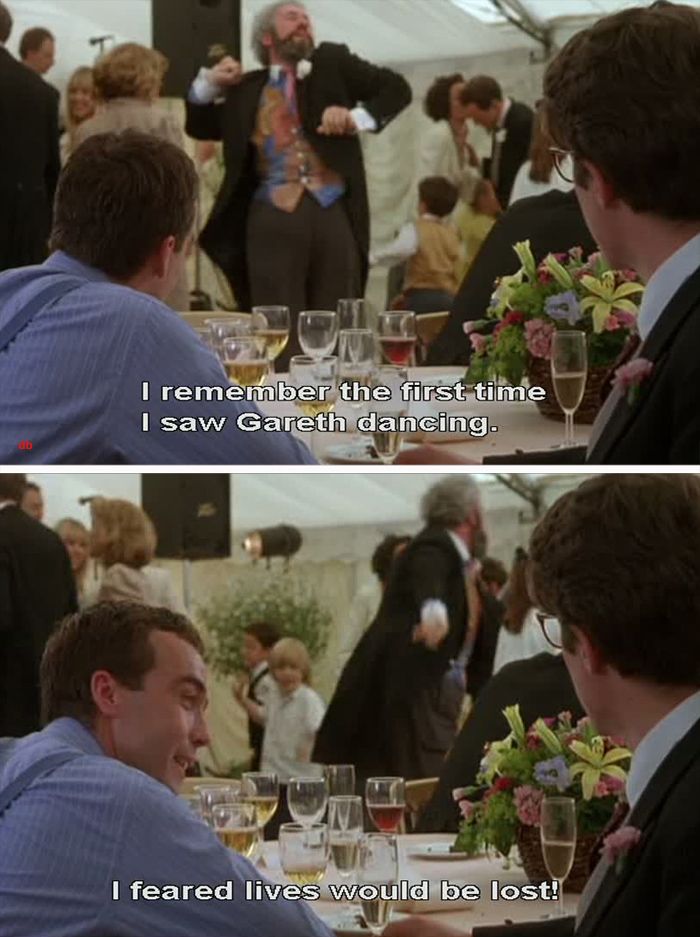 Me (on the right)

Sun Tel col from nine hundred weeks ago below…

Ah, July. The time of year when I would normally spend my Saturday mornings squinting at [other people’s] wedding lists online, wondering whether I could buy the one remaining whisky glass and one remaining bath towel, or whether that would give me away as the sort of cove who only considered their present a few hours ahead of the ceremony. I don’t miss it much. But there’s news on this front, weddings are back! Sort of. The government published new rules for wedding services this week and I found myself unexpectedly delighted by them.

Firstly, no more than 30 people can attend which is excellent news for anyone who’s ever arrived late at a church (me) after insisting there was ‘loads of time’ for a swift one in the pub beforehand (me) and subsequently been forced to squeeze into a pew right at the back balancing precariously on one buttock like a tightrope walker (also me). Under the new guidance, we can all enjoy a pew to ourselves in addition to a view of the bride and groom, as opposed to one of those ‘restricted view’ seats where you eyeball a pillar for an hour. Smashing.

These ceremonies must be held in ‘the shortest time possible’ which I’m likewise cheered by. Unfortunately, having dallied in the pub, I always need the loo by the first bar of Guide Me, O Thou Great Redeemer and become increasingly uncomfortable as the service drags on, buttock and bladder competing for attention like small children. Communal singing is advised against which is a bit sad because is it even a wedding without a rendition of Jerusalem and I Vow To Thee My Country? On the other hand, recordings of hymns are allowed which might add a novel, school recital element to proceedings. No overly-long readings, either, and ‘you are advised only to play musical instruments that are not blown into,’ which means the bride’s cousin’s teenage daughter’s flute recital is forbidden. Cor, could this get any better?

Why yes it could. Cash donations are ‘discouraged’ which outlaws the collection plate as everyone trudges outside again. I don’t wish to sound mean and recognise that a good number of our churches need their rooves patched up, but I usually forget to bring cash and have to borrow a pound from someone else further down the pew like a five-year-old in church on Christmas day. This is particularly embarrassing if there’s a handsome usher holding the plate; I smile winsomely as I try and smuggle my pound under a £20 note.

Receptions afterwards must be restricted to two households if indoors or groups of up to six people from different households outdoors. This is no bad thing since smaller, cosier receptions presumably mean you don’t have to stand for five hours, sustaining yourself on a single cocktail sausage while talking to lots of people you don’t like, before sitting down next to someone else for a further three hours, so drunk you can hardly see, so hungry you’d eat your own shoe. There doesn’t appear to be any government guidance on dancing but I reckon it’s too risky so let’s dispense with the embarrassment of that altogether, which makes it home time. Carriages for, say, 8pm? Sounds like my kind of party.

The prime minister’s mention of obesity this week made me venture on to the bathroom scales for the first time in a couple of months. Yikes, as I suspected, it was not good, even though it was first thing in the morning and I’d stripped off so the scales were as accurate as possible. My mother says she did the same but went even further by removing her spectacles to ensure they didn’t count against her, meaning she then had to leap off, squat down and squint quickly at the reading before it vanished. I laughed for several hours about this. Any further tips from Telegraph readers about how to cheat the scales gratefully received, otherwise I’ll have to fall back on Liz Hurley’s trick – apparently she weighs herself every day so she knows if she’s even a pound up. It’s not clear whether that’s with or without her glasses, though.

Solidarity with Prue Leith who’s admitted she can’t bear her ‘schoolmarmy posh’ voice. I feel exactly the same. Not about Prue’s voice which I think is rather lovely, clipped with a hint of South African still detectable. But I certainly feel that about my own. I’m currently recording a podcast about egg freezing from my bedroom and listening back makes me feel like one of Bertie’s Wooster’s honking, bluestocking girlfriends; Honoria Glossop, perhaps, who Bertie suspects might have boxed for her university. It’s deeply unfashionable to sound like this these days, although worse, surely, to try and disguise it? I interviewed a former Love Island star last week and noticed I was trying to drop my ‘aitches in an effort to sound more sisterly. I suspect I’ll end up sounding somewhere between the Queen and Dick van Dyke in the various episodes. Apologies in advance.