A thing about a bruise 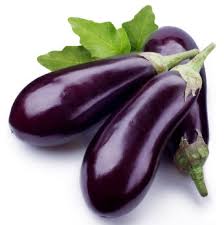 I went to the Spectator’s summer party last night. It’s always in the garden of their office, a big house just off the south side of St James’s Park. Journalists, politicians and Taki floating around drinking bottle after bottle of champagne. ‘I’m hoping there’s going to be a punch up,’ said a friend, squinting at Rod Liddle. ‘If there’s ever going to be a fight at this party, surely it’s after the past couple of weeks?’

‘Mmmm, Boris is supposed to be coming,’ said another friend. A Rod Liddle/Boris Johnson skirmish was quite a thought, great fistfuls of hair flying about the place. Theresa May turned up but didn’t hit anyone. She just smiled nicely for the cameras.

Anway, I slightly forgot about the party when getting dressed yesterday morning and was wearing a black top without sleeves. This normally wouldn’t be a problem. Historically speaking, they haven’t been averse to women with bare arms at the Spectator after all. But the trouble is I am currently sporting a bruise the size and colour of an aubergine (an egg plant, for our American friends, which is so odd because what on earth have aubergines got to do with eggs?), which runs from my right shoulder down the inside of my upper arm.

It’s a long story but basically I am incredily spoiled and ended up shooting (clays) last Friday with some v kind friends. And the recoil of the gun is wot did it.

‘Christ, what on EARTH have you done to your arm?’ asked several people last night.

So I just replied ‘shooting’. Which is an absurd thing to say when someone asks how you got a bruise.

‘I can admit that here,’ I told Robert Peston last night. ‘But I went to yoga on Monday and I could see the instructor eyeing the bruise up. And I was silently begging her not to ask how I’d got it in a full class of people. Because if I’d said shooting it might have ruined the zen.’ She didn’t ask, luckily.

You can’t have a photo of the bruise because no-one wants to see that. So here is a video of me shooting instead. I’m showing off because, although I miss the first one which is RIGHT IN FRONT OF ME, I get the next two. Such larks.