A thing that would only happen at Tatler

Angela Burdett-Coutts with some sort of bird, what breed? I can't think I'm tired

Here is a thing that would only happen at Tatler.

A few months ago I went to the National Portrait Gallery to interview the charming new (ish) director there, Nicholas Cullinan. He is a dude, who has worked his way up from a BA at the Courtauld to fellowships and curator roles at major galleries, including Guggenheims, the Tate Modern and the Met in New York. Now he’s in London, so myself, the photographer Christoffer Rudquist, his assistant and our picture editor all went along to the NPG to do the shoot.

I walked in and realised, amazingly, that the gallery they’d chosen had a portrait of an ancestor of mine in it, a bird called Sir Francis Burdett. Quite an impressive chap, Francis was a politician who campaigned for things like male suffrage (not female suffrage, alas, but it was 1817) and freedom of the press. He married Sophia Coutts, who I’m named after (daughter of Thomas Coutts, who founded the bank), and they then had a daughter called Angela Burdett-Coutts who was a mega Victorian philanthropist and gave all the family dosh away. Thus her descendants have had to work for a living.

Look, here I am, working for my living while posing in front of the portrait of Francis. He is the one in a natty pair of shorts in the middle.

Also, here is the piece about Nicholas from the February 2017 Tatler. 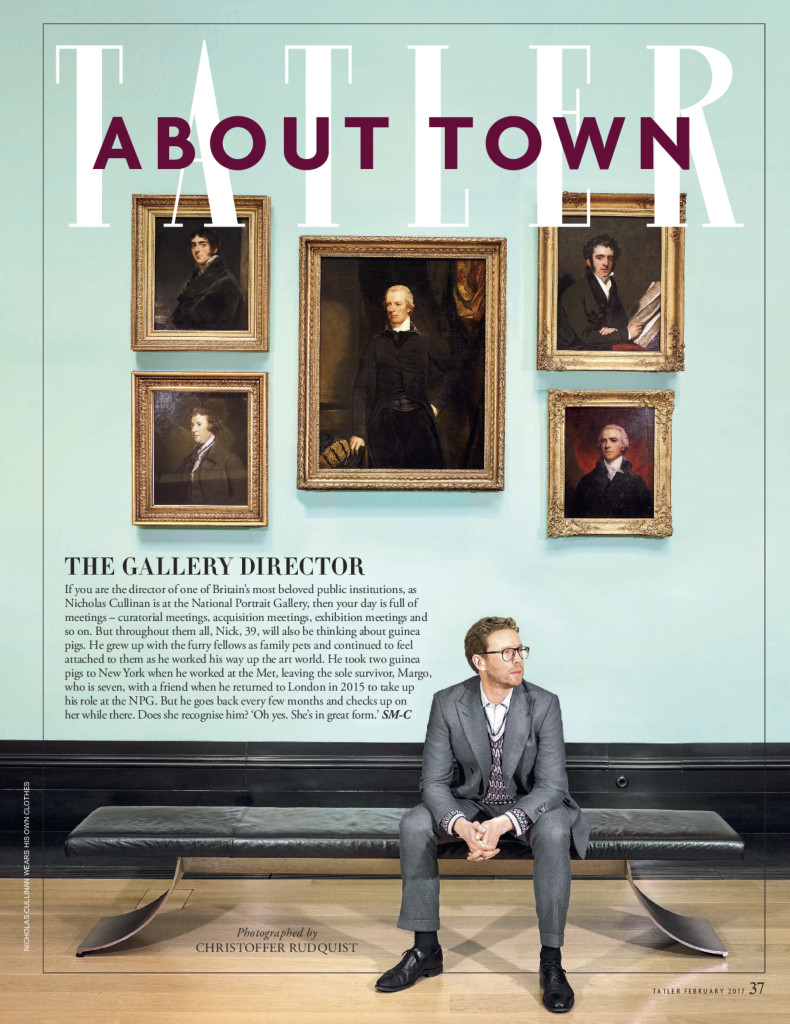