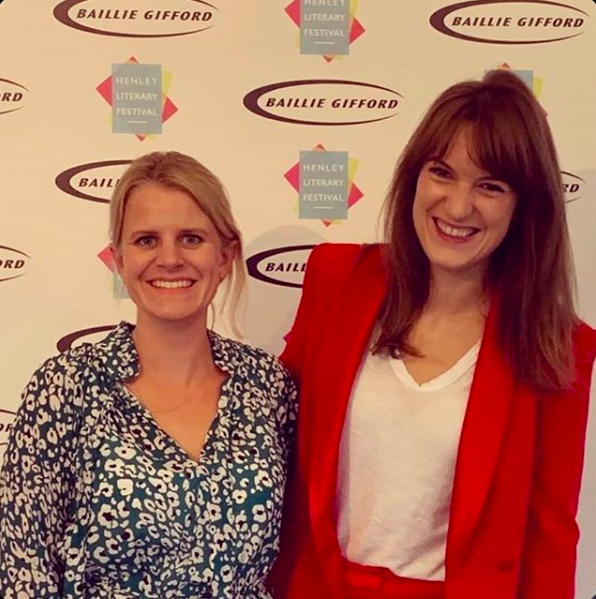 Henley with the v lovely Jessica Jonzen who THIS TIME didn't make me read a racy bit from my book. 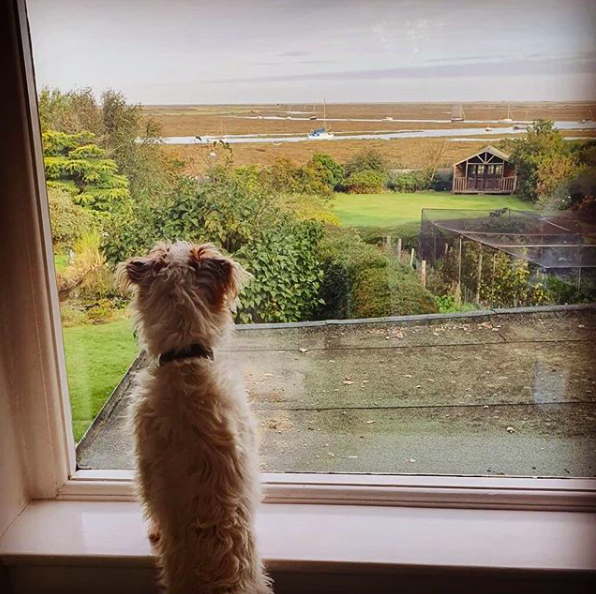 A visit from Mum and Beano (this is Beano, to avoid confusion).

It started last Thursday. Having returned to Norfolk from London and then Henley Literary Festival (it was a joy, thank you if you came), I woke up with a blocked ear. My left ear felt as if I’d been on a flight in my sleep and it refused to unblock upon waking. I opened and closed my mouth a hundred times, as if trying scare a child with my face. I pinched my nose and blew like a diver. No change. Everything remained muffled. If I walked on the wrong side of my mum (she was up in Norfolk for a few days), I couldn’t hear her properly. ‘WHAT?’ I bellowed, as we wandered along the beach. We swapped sides.

First came a trip to the local chemist. What did the chemist recommend? She recommended Sudafed in case it was my sinuses. I was doubtful of this but, not wishing to be rude, I bought her packet of Sudafed, along with two types of ear drop and a small bottle of olbas oil on Mum’s recommendation. She thought a good steam might help. We returned home and I swallowed a Sudafed, used both types of ear drop against Mum’s advice and later sat over a bowl of hot water and olbas oil while listening to Eddie Mair on PM. No change.

The next day I went to a local spa for a hopi ear candle. There, I lay on one side, and then another, as a woman stuck what looked like a bit of Dead Sea scroll in each ear in turn and burned it down until the flame was really quite close to my face. The idea (the Ancient Greeks started it before the Hopi Indian-American tribe) is that the flame causes suction up this bit of wax scroll, drawing wax and whatever else you’re storing in there out (a pea? Who remembers that bit from Captain Corelli’s?).

That didn’t work either. So in desperation I googled ‘ear specialist norfolk’ and found a nice chap called Nick in Norwich who could see me the following morning. Nick took one look and declared both my ears ‘totally blocked’. With his microsuction device, essentially a mini hoover, he cleaned them both and I am not joking, he pulled what looked like a raisin from my left ear. It was that size and that colour. Old wax apparently, which Nick said could have been there for ‘months or even years.’ Revolting. But since I’ve slept with earplugs since boarding school, this doesn’t totally surprise me.

Anyway, the upshot was I could suddenly hear again. And everything was so loud! Speaking to Mum on the phone was deafening. The indicator in my car seemed deafening. Even tucking my hair behind my left ear was loud, so loud. A miracle and we should all clean our ears more often, frankly. Or perhaps you do and it’s just me who has the ear canals of a Wurzel. SORRY IF I’VE BEEN SHOUTING ALL THIS TIME.