Made in Chelsea. A few questions.

So I haven’t watched Made in Chelsea for AGES and I stopped blogging about it because it made me want to book a ticket to Dignitas. But I’ve been driven to it today because I’m moving house this week and it was either watching TV with my sister or packing yet another cardboard box. I have packed 128292 boxes this weekend. All my boxes have the letter ‘S’ on them, which technically stands for ‘Soph’ but it also could stand a bit for ‘suicidal’.

Anyway, these are my thoughts having caught up with last week’s episode:

1. Since WHEN has Sam Thompson become a sex symbol? Going out with one girl, sharing beds with others… The boy has the brain of a turnip. He can’t even put a woolly hat on properly. Girls, get a grip, things cannot possibly be that bad. 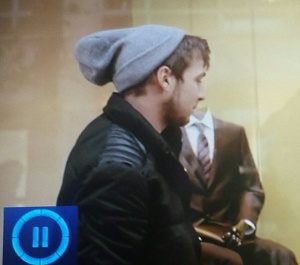 2. It could actually be worse. You could be going out with Alik, who remains the show’s most thundering pillock. It’s as if he’s watched Mary Poppins 23 times and is trying to be Dick Van Dyke. Why does he do that weird, chirpy, cockney thing? ‘Hi Ma!’ he says to Louise’s mother. Ma??? Truly, he is a pantomime idiot.

3. Having had a break from them all for a while, I noticed that no conversation in this entire episode was about anything else apart from themselves. AMAZINGLY there was literally no discussion of UKIP, no talk of IS, no mention of Ed Miliband. Nothing about anything, really. Just about Andy ‘being a little bitch,’ or how long Josh’s eyelashes are or Mark Francis wanging on about his furniture.

4. What is going on with Andy’s hair? He looks like a mad pianist. And why does he keep doing the goggly eye thing?

Look into my eyes

5. Is Josh hot? I hate myself for voicing this out loud, but maybe it’s the eyelashes.

7. Toff. She is growing on me. I mean she, too, has the brain of a vegetable, a little vegetable like a broad bean, but there is something quite endearing about her no?

8. Tiff. Why is she stalking Sam on Twitter? Lucy, who – against all odds – appears to be the show’s wise owl these days, needs to give her sister a talking to.

9. DON’T BE SAD, STEVIE. COME OVER TO MY HOUSE. IT IS ADMITTEDLY QUITE MESSY AND FULL OF CARDBOARD BOXES BUT I WILL SOOTHE YOU.

10. It is deeply, deeply embarrassing that Fran’s way of wangling herself back on the show has been to sleep in the same bed as Sam. Imagine how rock-bottom your life has to be for sleeping with Sam to seem a good career move. I am imagining it right now and it’s making me want to start packing boxes immediately.