Today I have eaten a diet exclusively of white carbohydrates and been sitting at my laptop for nine hours so I’m feeling a bit fihwvhjwbdiuwehlufuysqv.

Things to update you on:

i) HERE is my Telegraph column from the weekend.

ii) HERE is an interview I did with Queen Toff of the jungle for Style mag last weekend. Rotten luck if you can’t read it because there’s a paywall. PAYING? FOR JOURNALISM? Whatever will they think of next? 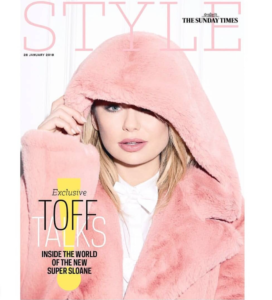 iii) I went to Whitstable on the weekend which was joyful. Full of people in ironic knitwear who look like they’d stepped from The Ladybird Book of The Hipster but lovely all the same. I ate 934 oysters because obviously that’s a sensible thing to do when you’re a newly freelance writer, worried about paying your bills. And then we played Scrabble, and even though I was ahead of Lloyd most of the game he jumped ahead of me at the end when he made me deduct 10 points off my score for having a ‘Q’ left and although he keeps saying that I cried I was actually only crying with laughter at HIM for being so tragically competitive because who would cry over losing a Scrabble game? Not me, that’s for sure. Definitely not me.  No siree, not me.

iii) HERE is a piece I wrote for the Times on Tuesday about why posh people love a trip to Ikea. Or ‘Great Aunt Ikea’ as certain people call it.

iv) I went to see Network at The National this week. The play of the 1976 film which stars Bryan Cranston (him off of Breaking Bad) and Michelle Dockery (Lady Mary off of Downton). Lloyd and I had dinner tickets, which meant were were on stage eating and looking out across the audience. The last time I can remember being so gripped by something was when I saw Punchdrunk’s The Masque Of The Red Death at the Battersea Arts Centre in, like, 2008 maybe? It’s rare that I go to any play and don’t – at some stage – wonder how long it is until the interval, or how long it is until I can have a wee, or how long it is until I can get the Tube home. The only time I ever wish I own a watch is at the theatre so I can tell how much of the agony is left. And if a play is especially torturous and my mind wanders from the stage, I try and glance at wrists around me to see if I can see what the time is on their watches. Fun game! Anyway, I didn’t look at any wrists while watching Network. It was properly brilliant. But because I’ve been working since 8am and I’ve only eaten food with negative nutritional benefit today I’m not sure I can do it justice. HERE’S Jay Rayner’s review of it instead, if you’re interested.

v) The printed manuscript of The Plus One landed on my doormat this week and I am now going through it with a red pen while sketching out the plot for Novel Two. I have the name for my main character. So that’s something. Now all I’ve got to do is, you know, come up with a storyline and lob a few sex scenes in there.