Thing I Should Have Put Up Weeks Ago: Part Three 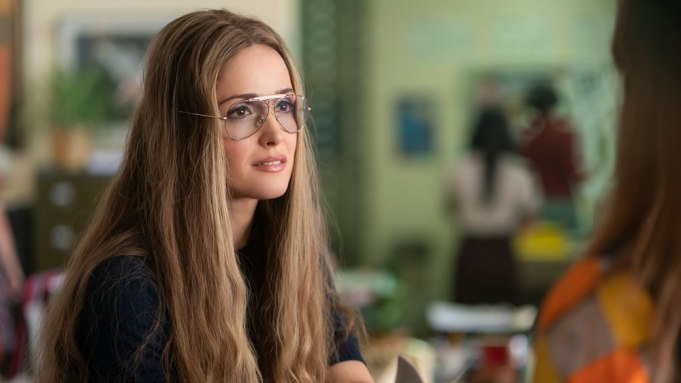 Final col from last Sunday below so we’re all up to date. Part of the reason I’ve been even more useless than usual is I’m getting ready for the release of my new novel, The Wish List. If you’d like to buy a copy you can pre-order it HERE and I will consider naming my firstborn after you. Out on AUGUST 6TH.

It was my little brother’s birthday last week and we decided to celebrate. How best to do this? I’ve lost track of what’s allowed and what isn’t. Nine and a half people can gather in someone’s house so long as they were all born on a Tuesday and have a ‘J’ in their name, something like that? In the end, it was decided that we’d congregate for a small dinner in my sister’s garden. I’d buy a ham and do some baked potatoes; my sister would bake a cake; Mum would drive up from Sussex for the evening, bringing her special coleslaw.

I find comparisons between this year and the war both irritating and wet. The majority of us have suffered five months of disruption and a slight panic about yeast; they had six years of fighting and a further nine years of rationing. Still, I went to a local deli with all the enthusiasm of a wartime housewife who’d been storing up coupons to buy posh crisps, hummus and wine. After a queue outside the butcher’s, I strapped the ham into my passenger seat so no harm could befall it on the drive to Brixton. It felt like extra special cargo at this time, as significant as the Cratchit’s roast goose.

My sister called as I motored towards her place. ‘There’s a slight spanner in the works,’ she said nervously, ‘my flatmate’s just had a call from a friend who’s ill in bed with suspected Covid. So she’s going off to have a test.’ A spanner indeed, since this meant that, until the results were back, we couldn’t go near my sister or her flat. When would the test results return? She wasn’t sure. And Mum was already in her car steaming up the A3 with her special coleslaw and Beano the terrier. Help! What to do to save the party? I felt that sad droop of disappointment and pity. All we wanted was a family supper to mark a birthday, and a bit of ham. It seemed a fairly modest hope.

Via a complicated re-jig which involved getting the keys for my other brother’s house from his cleaner (he was in Poland, which is also quite 1939, but let’s not complicate matters by discussing that now), we reallocated there and I unstrapped my meaty child and slid him into a pan. In the end, we were a modest four for supper: Mum, my little brother, his girlfriend and me. Beano did his best to bolster the numbers by bouncing around the kitchen but his conversational skills aren’t up to much.

According to a nurse my sister spoke to, this is going to be a major problem as we slide towards autumn. Whether or not there’s another wave, we’ll all catch the usual sniffles and sore throats. The virus or just a cold? Do we ring everyone we’ve seen in the past week or give it a day to try and work it out? What’s more irresponsible – ignoring a slight cough and hoping for the best, or spreading panic among our nearest and dearest? We could face months of retreating inside and then venturing out again, accordion-style, as we constantly update one another about our mucus levels.

The flatmate’s results came back clear in the morning so Rosie could have come after all. But why risk it? And on the upside, at least there was plenty of ham.

I was cancelled last year. I wrote a piece about thermostats elsewhere which landed me in hot water (ho ho ho) on Twitter, and I found myself being attacked across social media platforms and via email. I can’t tell you what I was called because this is a family newspaper, but the vitriol was much worse than a column about thermostats really warranted, however strongly one feels about heating. Most journalists fear this moment nowadays; you go online to discover your notifications have exploded with abuse from strangers, virtual pitchforks. But the truth is once you’ve been though it, you no longer dread the mob in the same way. After a couple of days of mental torture, you wake and realise you’re fine. No bones were broken, no actual blood spilled. It reinforces the fact that internet life isn’t real life, something those of us under, ooh, 35-ish, are apt to forget.

Are you watching Mrs America? Please do, it’s on BBC Two and wonderful in multiple ways. Set in 1970s America, it tells the story of the women’s political movement, staring Cate Blanchett as Phyllis Schlafly, the conservative activist who took on the ‘libbers’ and their demands for equal rights. The only trouble is, while I’m gripped by the story and in awe of the second-wave feminists who fought so hard for equality, I’m also distracted by the evocative styling. Phyllis wears pussy-bows and crisp A-line suits; Betty Friedan (Tracey Ullman) has the hair of a badger and patterned wrap-dresses, and Gloria Steinem, played beautifully by Rose Byrne, has the most sensational wig. We’re talking big, thick, Afghan hound stuff that tumbles almost to her bottom and is held back from her face with a pair of Aviators. Is it acceptable to watch an important series about women’s rights while lusting after the hair? Perhaps this is what they mean by post-feminism.

« Thing I Should Have Put Up Weeks Ago: Part Two
Tel col about the fact that we need to sort out our manners, as well as our nose hair »