A thing about Lady Colin Campbell 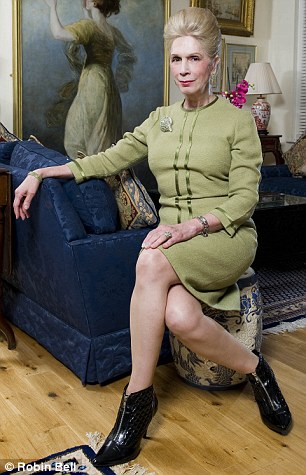 In 2012, Lady Colin Campbell (if you’re not sure why she’s a lady called Colin then click HERE) published a controversial book in which she claimed that the Queen Mother was the daughter of a French cook. The family’s cook, wrote Lady Colin, was ‘an attractive and pleasant Frenchwoman’ called Marguerite, who was used as a surrogate because Cecilia Bowes-Lyon had already popped out eight children and couldn’t have anymore.

Last year, I embarked on a piece about modern illegitimate Royals (read it HERE) and had lunch with Lady Colin to discuss it. I went to collect her from her house in Kennington, then we walked to a nearby pub for lunch. It ended up being a five-hour lunch. We weren’t drinking. She is just the best company – v waspish and gossipy but kind. She used the cash from her Diana book to adopt two Russian orphans, Dima and Misha. And later into our five-hour lunch, I told her various of my romantic dramas and she insisted it would all be alright in the end, then promptly offered to lend me her sapphire tiara for my wedding day. LOVE.

Anyway, the point of all this is that she is going into the jungle for the 15th series of I’m A Celebrity, which kicks off on Sunday. I emailed her this morning to say good luck and she’s just replied saying thank you, adding  ‘we must get together when I return to civilisation’. What a babe.