A thing about my music taste 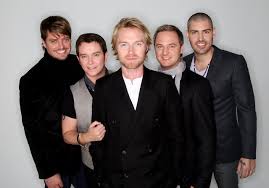 My taste in music can be slightly suspect. I’m going through an old-school soul phase right now and listening to a lot of James Carr (She’s Better Than You is my current obsession), but I had a nostalgic Ace of Base moment one morning a couple of weeks ago while walking into work. Before that it was country music in homage to Nashville. Next week it’ll be something else. My Discover Weekly playlist on Spotify (which uses algorithms to predict your music taste and offer new, tailored suggestions every Monday) includes Boyzone this week, which is faintly embarrassing.

It’s not wholly relevant but I like this story: once, on a first date with an ex-boyfriend of mine who was a bit older than me, he told me he loved Mick Jagger. ‘Who’s Mick Jagger?’ I asked, and his face paled at the thought he might be dating someone so young she’d never heard of him. Course I had. Mick Jagger was the lead singer in Genesis. Everyone knows that.

Sometimes I make mixed CDs (so retro) for my dad because we have similar taste in music. My siblings groan when they’re played in the car because they verge on suicidal. Passenger, Joshua Radin, Ben Howard, Ron Pope, David Gray, Jose Gonzalez and so on. Music to reeeeeeeally wallow in.

Anyway, two tracks are on repeat at the moment. Because that’s another thing I do when I like something – I play it 58392 times over and over again. Last week, on the flight to Mykonos, it was Lush Life by Zara Larsson. No joke, I probably listened to it 18 times while queuing for the runway and looking at an Emirates Airbus through my window, wondering how the fuck they get in the air.

The first one is a song by a Ugandan dude called Geoffrey Oryema, which I heard on that documentary I told you to watch last week. The one about Tim Hetherington. The track’s called Makambo and it’s completely wonderful.

The second one is a John Mayer cover of a Beyonce song called XO. I know we don’t like John Mayer because he was horrid to Jennifer Aniston, but this song was the first dance at my friend’s wedding in Mykonos over the weekend and it reminds me of the sweet sweet sight of them dancing together on a terrace overlooking the Aegean. I’m currently sitting at my kitchen table doing a bit of admin while listening to it, but have genuinely turned the volume down because I worry that my neighbours will lob an egg through my garden door if they hear it one more time. Sorry, guys.