Headscarves and so on 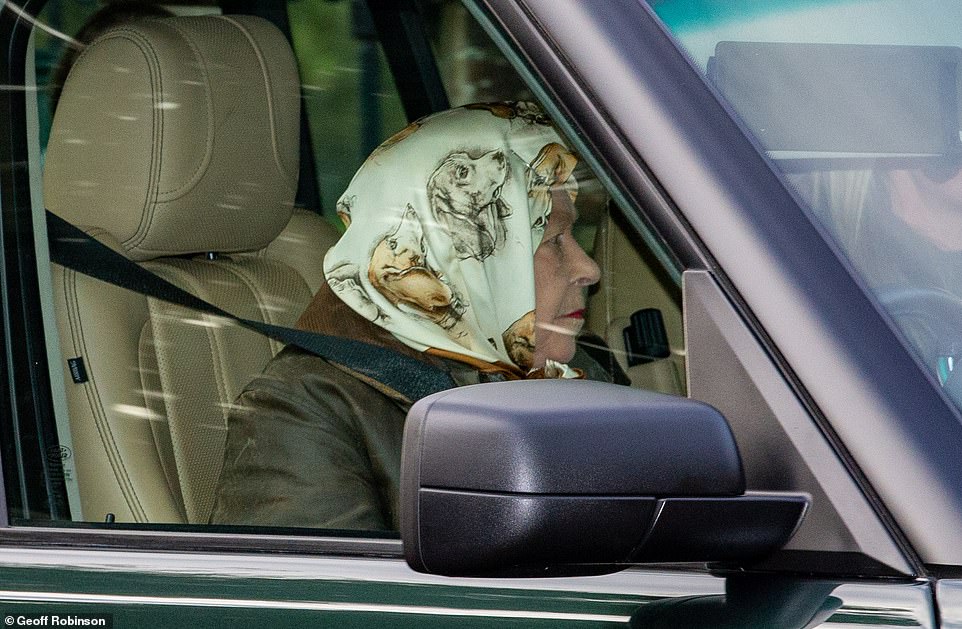 I’ve tried to avoid writing much about Harry and Meghan. The day after they released their original statement announcing they wanted to step back I was emailed by papers and radio stations and a couple of TV channels asking me to comment. And on the one hand, how lovely and reassuring to be offered so much work when I’m a freelancer and what I’m about to say isn’t meant to sound ungrateful. But on the other, I just couldn’t face it adding to all the NOISE. There was so much mad noise and shrieking around them so I said no to everything and carried on editing my new book. The closest I got was the below Sunday Tel column about the queen’s headscarves and Monday’s Standard column (HERE) in which I essentially wish the Sussexes well but say stop googling yourselves. It doesn’t help anything. It’s like constantly stalking an ex on social media or, more specifically from a writer’s POV, always checking your reviews on Amazon. I’m so grateful for ALL the lovely things people have said on there but I’ve still never read a single one. Why go looking for something that might kick you in the nuts? More and more I find our collective obsession with Instagram and Twitter and Tiktok and keeping our phones glued in our hands all the time as if they’re a second heart SO depressing. As I say in the column, the internet just isn’t real life but the see-saw of time spent on phones and laptops and time spent in real life is increasingly tipping the wrong way.

Anyyyyyyyway, I have been editing a tricky scene in my new book propped up in bed all afternoon. It involves a blindfold and a cat. I hope it’s funnier than it sounds. But I need to get up and put on something presentable because I’ve got Shakespeare Club tonight. I’ve written about this before, about belonging to a very intellectual book club where I am by far the least intellectual member in it. Today I’ve excelled myself because I’m not even sure which play we’re supposed to have read in the first place but they’ll probably only want to discuss Harry and Meghan…

Well, let’s hope that the poor old Queen wasn’t doing dry January on top of everything else. That might finish one off. But from the glimpses we’ve caught of her in the past week or so, driving around Norfolk in pink lippie, she looks perfectly alright. She certainly doesn’t seem too crushed or dismayed by the Shakespearian dramas behind scenes. She seems as immune as ever. So what I’ve started to wonder is: does our 93-year-old monarch get all her strength from her headscarves?

Bear with me. There she was behind the wheel shortly before the ‘Sandringham Summit’ last week wearing a silk scarf patterned with dogs’ heads. It was a 1974 Hermes design, fittingly called ‘Monarch’. A couple of days on, she appeared wearing another silky number neatly knotted under the chin. Could it be, I mused, that the headscarf is a vital piece of her armour, the equivalent of a knight’s helmet put on to help battle through turmoil?

I’ve done a bit of investigating and believe I’m on to something. She wore a blue and red striped headscarf not long after the Windsor Fire and the announcement of Prince Charles and Diana’s separation in 1992. In the summer of 1996, while her son and daughter-in-law were thrashing out their divorce settlement, it was a navy-blue version. She wore one as a diplomatic weapon while greeting President Obama at Windsor Castle in 2016. She wears them to ride. In truth, she almost never looks happier than when her head is covered with a natty snatch of silk. My theory, therefore, is that the Queen’s headscarves are almost exactly like Samson’s hair, just prettier.

Alternatively, I’m overthinking this and they’re simply a practical, elegant garment which HM wears to protect her barnet and can double as a hankie if she’s ever short of a tissue.

Either way, I believe it’s time for a revival. Such scarves reached peak elegance in the 1960s thanks to Grace Kelly and Audrey Hepburn, but they’ve only had the odd burst back into fashion since: Rihanna’s a fan and a couple of years ago several designers sent their models down the catwalk in them. There was a phase where everyone tied them around their handbag straps but I never quite understood the point. Were they supposed to act as a hand-towel if you were caught short in a public bathroom? An extra muslin for new mothers? A second napkin for messy eaters? Or was it just to indicate that you could afford a Hermes scarf but couldn’t bring yourself to wear it on your head? Meanwhile, the Queen’s kept the scarves on her head throughout, unmoved by the whims of fashion, and look how well she’s done.

A friend of my mother’s who is particularly cross with the behaviour of Prince Harry and Meghan agrees, and has just launched a campaign on Instagram; ‘We invite you to join us in a silent show of solidarity with her Majesty the Queen by wearing a headscarf quietly and without fuss,’ she declared last week in one post, the caption written underneath a picture of a clay bust wearing an orange and green scarf. Join in, why not? On a practical level, they’re protection against the chilly winds of January and mean you can wash your hair less. On a less practical level, they may be invested with magical powers. Worth a shot, I reckon.

Major news. Labour pretender Rebecca Long-Bailey has confirmed her name has a hyphen. Her image-conscious team previously insisted it didn’t, she later said it did (she married a chap called Bailey), but added that she’s ‘not bothered’ about it. As a hyphenated person, I managed to write a whole piece about this controversial issue when I worked at Tatler. Essentially, it’s down to personal choice. The Anstruther-Gough-Calthorpes love a hyphen; Helena Bonham Carter does not. And while it may seem a peculiarly British thing to worry about, we tend to be more relaxed than the French. As I wrote in the piece: ‘‘If you’re a Frog and you pick up a double-barrelled name by way of marriage or birth, then you have to use a ‘long dash’ to separate your two surnames, because the shorter hyphen is reserved for those who have preserved their surname for generations.’ Barking, non?

I very much enjoyed the picture of Baron Goldsmith of Richmond Park being sworn into the Lords this week wearing what looked like a small sheep slung around his neck. It was fake ermine, which is apparently all the rage now among more mindful peers. But what have certain families done with their old ermine? When I was little, I remember traipsing around in my great-grandparents’ old robes, trailing ermine that smelled of mothballs (you got a very high class of fancy-dress box if you came to my house for tea). Once we’d grown up, my father offered them to the Victoria and Albert Museum, and consequently, one set’s ended up in ‘the world’s only museum dedicated to the preservation of fans’ in South London (niche), another in Poland. Waste not want not and all that. ‘Your step-mother thinks they were bunny, not ermine, but I’m not sure my grandparents would have stooped so low,’ adds Dad.