How posh is your accent?

Petworth, home to 98 antique shops, my mum and the world's poshest Indian restaurant. 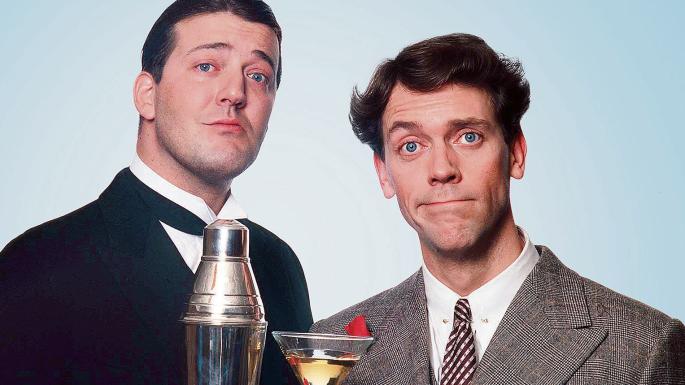 HELLO from London. I’ve come back from Norfolk for a few days/meetings/Petworth literary festival/Battersea fireworks/christenings although right now am hunkered down on my sofa avoiding the trick or treaters outside. Is that v feeble? I walked to Chiswick High Road and back earlier and jumped out of my skin at a giant furry spider that someone had hung over their fence. The thing was the size of a horse. Grim. Wrote about Halloween (and Royals and Mariah Carey) in my Standard col on Monday, click HERE for that. And will paste Sunday’s Tel col below. (Ah, one addendum to it though. My mother quite rightly pointed out that Jeeves was a valet, not a butler. This will only make sense when you get to the last Tel item. It’s attention to detail like that which I believe makes her the perfect candidate for the job, so I might send in her CV.)

We give ourselves away within seven words. That’s all it takes, apparently, for another to be able to pinpoint our social class. Although this research was done in America and I reckon we’d be faster at deciphering it over here. An Old Etonian will often let you know that he went to Eton within just three or four words.

This Yankee study was one of those obvious ‘Research reveals you should wear a hat if it’s cold’ jobs. The investigation declared that it takes seven words for hiring managers to work out your socio-economic class and they hire accordingly, with grander accents more likely to be employed and better paid, too. Of course! Look at our Cabinet and all those conmen who talk like Lady Bracknell. I’m not saying judging people based on their first few utterances is right, merely that it’s always been the case and it causes many of us to disgrace ourselves.

I already speak like a goose with a golfball in its mouth but posh up my accent if I feel it’s required. When I make my annual, much-feared pilgrimage into an EE shop to speak to someone about my phone contract, for example. A jackal wearing an EE badge will start dazzling me with talk of unlimited data and texts, so I put on my Princess Margaret voice in an effort to sound haughty and difficult, not to be trifled with, in the hope that I escape the EE shop before dying of old age.

If I venture into a smart boutique and the assistants look at me as if I’m about to pilfer a candle because I’m wearing leggings and a jersey which has lost its armpits, I’ll also go up a few notches. ‘Can we help you find anything?’ they ask, mentally dialling 999. I reply in the breathy manner of Joanna Lumley. ‘No thank you, I’m perfectly alright but you’re sweet to ask.’ Ditto, the check-in desk in the pathetic attempt to get an upgrade. ‘Is the plane quite full?’ I ask, as if doing an after-dinner impersonation of Jacob Rees-Mogg. One day this might even work.

Earlier this year, Barnaby Lenon, the former Harrow headmaster, talked of the fashion for public schoolboys to drop the other way, to go mockney in an effort to seem less posh ‘because being upper-class these days is not a good thing.’ Lenon cited Prince William talking about his ‘missus’ as an example but this is like an elephant trying to plié. Too obvious. Too clunky. Best left to those who do it naturally. Poshing up in the Chiswick branch of EE might be embarrassing but deliberately going down is more so. And while these old Harrovians drop their ‘aitches in a cab or when buying a pint, I’ll bet you when they go home to Oxfordshire on the weekends they still cry ‘Mummy’.

Those of us who feel social insecurity about our accent and leap up and down the scale like Rachmaninov must take comfort from the fact that such paranoia has even afflicted the Queen. Having watched an episode of The Crown about her first Christmas broadcast, I found the original 1957 version on YouTube. My God, it’s like watching Brian Sewell in a pearl necklace. ‘Heppy Christmas,’ she begins crisply, before going on to talk about her own ‘femily’ gathering ‘orften’ around the television. HM has certainly dropped a few gears in the intervening decades, although perhaps she goes up again when shopping for a new iPhone.

It sounds like the start of a Jim Davidson joke. ‘You heard the one about the world’s loudest bird? And I don’t mean your wife.’ A new study has discovered that the South American white bellbird is the noisiest of them all, screaming almost as loudly a jet taking off (125 decibels) when he’s trying to attract a mate. According to biologists, he developed an exceptionally large beak for eating fruit and this also means he can shout the female white bellbird into bed. Poor things, they probably just want to read their book. I’m delighted that humans seem to have escaped this form of evolution, although I wonder whether the researchers should now investigate any crossover between the white bellbird and Brian Blessed.

An extraordinary advert’s gone up on a job site (I keep an eye out, journalism can be very unstable). It’s for a butler and it stipulates: ‘The family likes the series ‘Jeeves and Wooster’ and they want the candidate to pay attention to the main character (Jeeves) to see what is expected.’ Lucky they stressed Jeeves because you wouldn’t want to employ Bertie, would you? The butler must also be bilingual, know the best restaurants in London and the South of France and the family would prefer it if he (or she?) was born under one of their ‘favourite star signs’: Sagittarius, Virgo, Aquarius, Capricorn or Leo. I’m thinking of applying since the money’s good – £5,500 a month – and I’m an Aquarian. I just need to learnt how to ‘shimmer’ noiselessly from room to room and perfect Jeeves’ hangover cure: Worcestershire sauce, red pepper and a raw egg.