Too tired to think of a title. This’ll do. 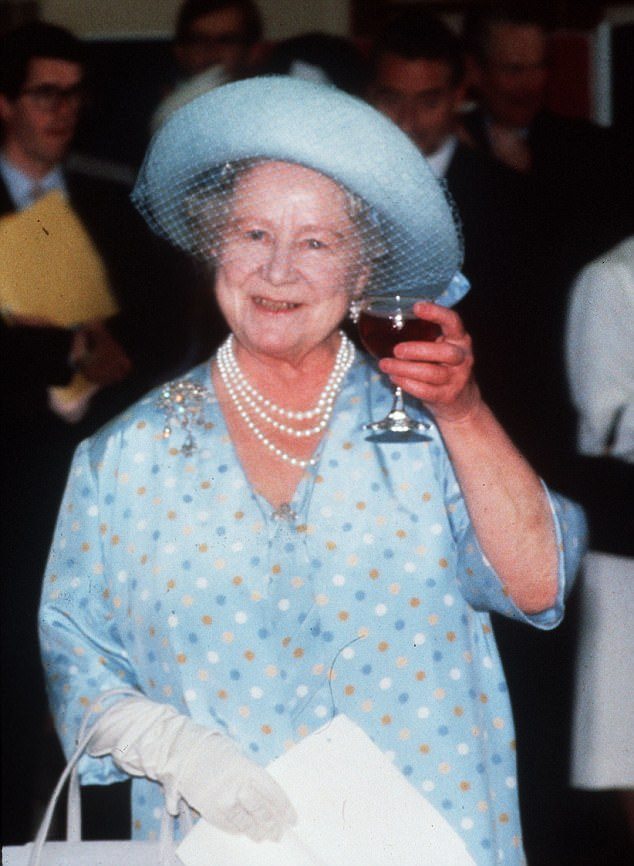 Very very very very tired. Have barely got dressed this weekend but just hit 96,000 words of my new book and only have two more scenes to write. TWO MORE SCENES and then I can send it into my editor, which is really only the end of the beginning since there will then be an edit process which will probably take until February. But I quite like the editing, pulling bits around, making characters more dastardly or more devastating, taking out the schlock and the 753 times I’ve written ‘suddenly’. So I’m cream crackered and probably going to bed in a minute, before 7pm, which even for me must be some sort of record. Will paste today’s Sun Tel column below which, I’m almost ashamed to say, was inspired by Lady Glenconner yet again…

I’ve just read an amusing story about the Queen Mother. If she invited your round for dinner, you had to play along with her ritual of toasts. Firstly, she’d say the name of somebody she liked, raise her glass above her head and the table would have to follow suit. But woe betide her enemies because the Queen Mother would then lower her glass under the table and say the name of somebody she didn’t like (Wallis Simpson? Cherie Blair?), and everybody would have to echo this, too. Apparently this game could drag on for a whole course to hoots of laughter. I’d be worried that my partridge a l’orange was getting cold but I’m awfully greedy.

This is why my glass is always empty at weddings when it comes to the toast. Within a few minutes of the ‘ting, ting ting!’ to gather everyone, I’ve swallowed the contents which is terrifically bad manners, but if they will make you stand for an hour listening to which A-levels the bride got then what else is one to do?

Individual toasting customs such as the Queen Mother’s and certain military regiments are often pretty strange. Do you stand up, sit down, or do it with one leg on a chair? My friend Clare says that her family faithfully raise their glasses to her father’s old Latin teacher, Goldie, for absolutely no reason she can remember. The small grandchildren are now encouraged to do this with their water glasses which makes her dad double-up with laughter. Perhaps your family will gather this Christmas and toast a much-missed spaniel.

Such larks go back a long way. The Romans were fond of a party where each guest had to drink as many glasses of wine as there were letters in his mistress’s name; not so bad if you were seeing a Julia, less good if she was Agrippina and you had an early start at the aqueduct.

The Georgians were positively fixated with the habit. The Prince Regent snapped off wine glass stems to encourage competitive toasting until drinkers slid to the floor. At a dinner party in 1803, there was a duke who insisted that every glass should be dedicated to someone and to do otherwise was ‘sottish and rude’. If you were sitting next to him, I bet he was the sort of man who wouldn’t ask you a single question about where you lived or whether you were watching anything jolly on TV.

The older members of my family have a horror of clinking glasses but this seems one of those mean, old-school etiquette ‘rules’ which only serve to make others feel embarrassed if they raise their drink to knock it against yours. So long as it doesn’t delay dinner (the partridge!), why should a quick clink matter? At least we no longer have to drink anything with a soggy little crudité actually floating in it to improve the taste. ‘Put a toast in’t,’ Falstaff says in The Merry Wives of Windsor having demanded a quart of sherry. I prefer a cocktail sausage.

My main gripe is that I’ve been at a few drinks parties recently where the ‘ting!’ is made by someone tapping the side of a glass with their signet ring. If Jeremy Corbyn got wind of this and included a last-minute pledge to ban the practice in his manifesto, I’d vote Labour. Please stop it, otherwise I’ll start saying your name over supper with my glass on the floor.

How much do you spend on loo roll? A personal question but Gwyneth Paltrow’s lifestyle business Goop has just recommended a luxury, eco-friendly loo paper made from bamboo on its ‘essential Christmas list.’ It’s £33 for a box of the stuff and I’ve spent some time reading the reviews so you don’t have to. ‘Very sturdy, gets the job done,’ says one. ‘Now when I go home to my parents with their Charmin, I feel like I have dust on me,’ says someone who I suspect needs more going on in his life. ‘Makes a nice gift for dinner guests,’ adds a confused chap called Richard. However silky smooth, it seems a bit pricey to me. I still remain fixated by the detail on Tom Bower’s book on Simon Cowell that he insists on black loo paper in all his houses which costs £10 a roll. What’s wrong with a nice bit of white Andrex?

It must be an exciting moment in a celebrity’s life when something is named after you, a rose or a fragrance. Even an airport. Imagine getting the call! ‘Hello, Mr So-and-So, you are now so important we’d like to name a new airport after you.’ Thrilling. Pity, then, poor Idris Elba, therefore, who’s just lent his name to a new species of parasitic wasp in Mexico. It’s said to be a decent sort of wasp, from the farmers’ point of view, because it infects the eggs of a pest which is destroying their cabbages and broccoli. But still, a wasp. Not great, is it?